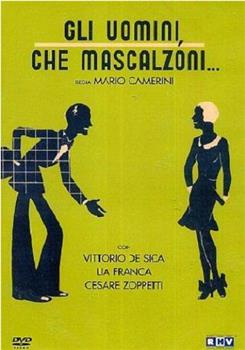 The film was a ***** success, De Sica and Lia Franca became stars and the song Parlami d'amore Mariù was a hit. Rarelly in Italian film history, it was filmed on real Milan locations, nowadays it is a sort of documentary how was Milan in the 30s. The film was remade in 1953 by Glauco Pellegrini.