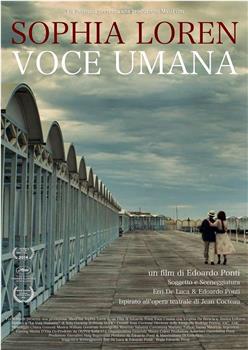 'Human Voice' is based on Jean Cocteau's iconic one woman play of the same name. Set against the backdrop of Naples, Italy, in 1950, this romantic drama tells the story of Angela, (played by Sophia Loren), a woman in the twilight of her years who rides the emotional roller coaster of her last telephone conversation with the man she loves as he is leaving her for another woman.